We’ve been treating hearing loss and tinnitus for decades.

Hearing & Tinnitus Management LLC has been specializing in hearing healthcare, hearing aids, tinnitus & hyperacusis management for over 20 years. We are located in Stony Brook, NY and serve the surrounding communities of Port Jefferson, Setauket, St. James and Smithtown, as well as areas throughout Long Island. We are here to help you. 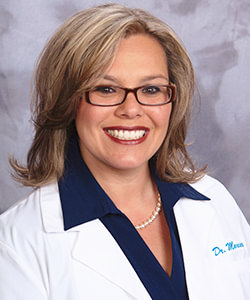 Dr. Maresca has been practicing audiology for 25 years and has been specializing in tinnitus management for the past 19 years. Dr. Maresca attended Ithaca College in Ithaca, New York, where she earned her Bachelor of Science and Master of Science degrees in audiology. She then continued to obtain her Audiology Doctorate from the University of Florida at Gainesville and completed her residency in Newburyport, Massachusetts.

Following four years of practice in Rhode Island, Dr. Maresca became the Director of Audiology for Beverly Hospital in Beverly, Massachusetts. Dr. Maresca went into private practice in 2004, and is currently living in Setauket, New York. Dr. Maresca is proud to have opened her Stony Brook audiology practice on January 1, 2013.